Another slow day.  The 3 walking events from last weekend were just too much for now.  In all three instances, they involved parking garages and it was cold.  I remember the visiting nurse saying to put a scarf over his nose to keep the air coming in a bit warmer but, of course, we didn’t have a scarf.

Someone had asked DH to meet at iHop tonight.  I weighed in and said that they should meet at Bob Evans because we knew that there was something there he could eat and we had no idea if there was anything at iHop.

The day slipped by in naps and DH never made the call.  His phone was off and he finally got the message that the person had been waiting for 30 minutes at iHop.  <sigh>

The dog got to go for a ride when we dropped DH off.

Fortunately, DH got a ride home so we didn’t have to go back out.  He said that I was right (of course!) – there wasn’t anything on the menu he could eat.  But he managed to cobble together something with fresh fruit, dry toast and herbal tea.  I thought the only fruit there was in those syrups.

We had snow, sort of.  Big, heavy stuff that would have been good for a snowman but we weren’t going out, except for me walking the dog.

I was having a movie kind of day and heard someone out in the driveway, shoveling.  I went out to investigate and found two women from church clearing our driveway.  That was so nice 🙂  In a bit DH came out and said hello, too.

Thursday, I was into day 2 of an itchy cycle.  I haven’t written about that yet, so there’s something to look forward to!  As a result, I don’t do much of anything but itch and be miserable.  At night, I can take Benadryl which helps the itching and makes me sleep.

More on that later!

Fridays, I normally play piano duets with an older friend but I hadn’t been since before Christmas.  I decided it was time to go back so I took DH along with me.  We all had a nice visit – we’ve known my friend and her husband for maybe 35 years.  She had a heart attack about 15 or so years ago so DH was able to ask lots of questions.

When we got back, it was nap time, again.  It’s still mostly do something followed by an equal length nap but it’s getting better.

I had been awake until 4:30 am so I wasn’t in a great mood when I woke up.  DH wanted to go walking at the Mall – but first, a stop at Staples for more business cards.

I was already tired before we got to the Mall but we walked a bit.  Stopped in the Apple Store to look at iPad Minis, then turned around.  He went into Zales to get the ruby he didn’t get on the first day, the anniversary-heart-attack-day.

On the way out of the mall, he said we could go to Bob Evans for breakfast and I said no way!  Too tired. 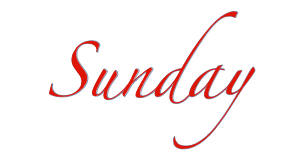 Back to Staples to pick up the cards from Staples, then on to walk around Wal-Mart.  DH looked longingly at no-salt peanuts.  I showed him the back with the calorie counts and pointed out the size of 1 serving and asked if he could stick to that.  He put them back.

Back home and more nap time.

It's all about music. Classical music. And female composers.

Help for recovery from heart conditions

At the moment, Issues of Aging

It's Not Always About Cushing's!