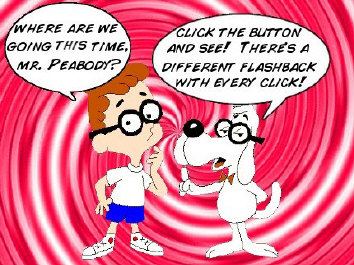 This one is from the WayBack machine.

I’m trying to work out the year – we bought our first time share while I was being diagnosed with Cushing’s so this was some time after 1987.  We never stayed in that time share, just used it for trade.  This particular year, we’d traded for a place in Arkansas (not too exciting, but drivable from home) but they had a fire so they offered us a 3-bedroom house in Hilton Head instead.  Of course, we accepted that offer!

We located a kennel fairly nearby to leave our dog.  We were so sure she’d love the ocean just like the dogs on TV do, running and playing in the water. She was a retriever so she could swim out and fetch frisbees and such.  HA!

We packed up the dog and our stuff and made the long drive down to South Carolina.  We dropped her off at the kennel and found our home for the next week.  Absolutely beautiful, on a little lagoon, in the middle of a golf course community. Our son had the upstairs all to himself and he loved that.

Our lagoon had an alligator and one day the young boy next door was out on the porch.  We could see the alligator eyes watching him…and waiting.  Luckily, nothing happened!

We took the dog out of the kennel and onto the beach and all those years of instincts failed her.  When a wave came in, she tried to bite it – and swallowed.  She was – ahem – sick as a dog for the rest of the trip.  So much for running and playing in the waves.

When our son got out of the water, we realized that he had some sting marks on his leg.  Most likely from a jelly fish someone said.  Great!

Our house had come with bikes and we used them to ride all over the golf course and out into Hilton Head sometimes.  This evening, we were riding along the street and there was a red light.  We stopped and I put my foot down on the pavement.  Naturally, I was wearing sandals.  Naturally, I’d stepped into a fire ant nest.

The rest of the trip was awful. Burning, itching, pain.  The ant bites seemed like they were increasing in number, not getting better.

It was the end of the week, so we headed home.  I was in misery all the way.

First off, I saw my PCP who prescribed something for me.  I think it might have been an antibiotic but I can’t remember.  I woke up that night, red, itchy, broken out in hives.

About 3AM, DH took me to the ER – I was having an allergic reaction to the meds.  Great!  They pumped me full of epinephrine and I started to get better.

The next morning I was back at the PCP for another drug.  I took that for one dose and had the worst nightmares of my life.  I went back to the PCP the next day and he said that no one had reported nightmares from that drug and I told him to alert whoever – one person had had them.

And I got another drug.  This one finally worked and the ant bites and the infection that they’d caused finally started going away.

Will I ever go back to Hilton Head?  I don’t know.  I do know I won’t ride a bicycle wearing sandals at dusk.  That’s for sure!